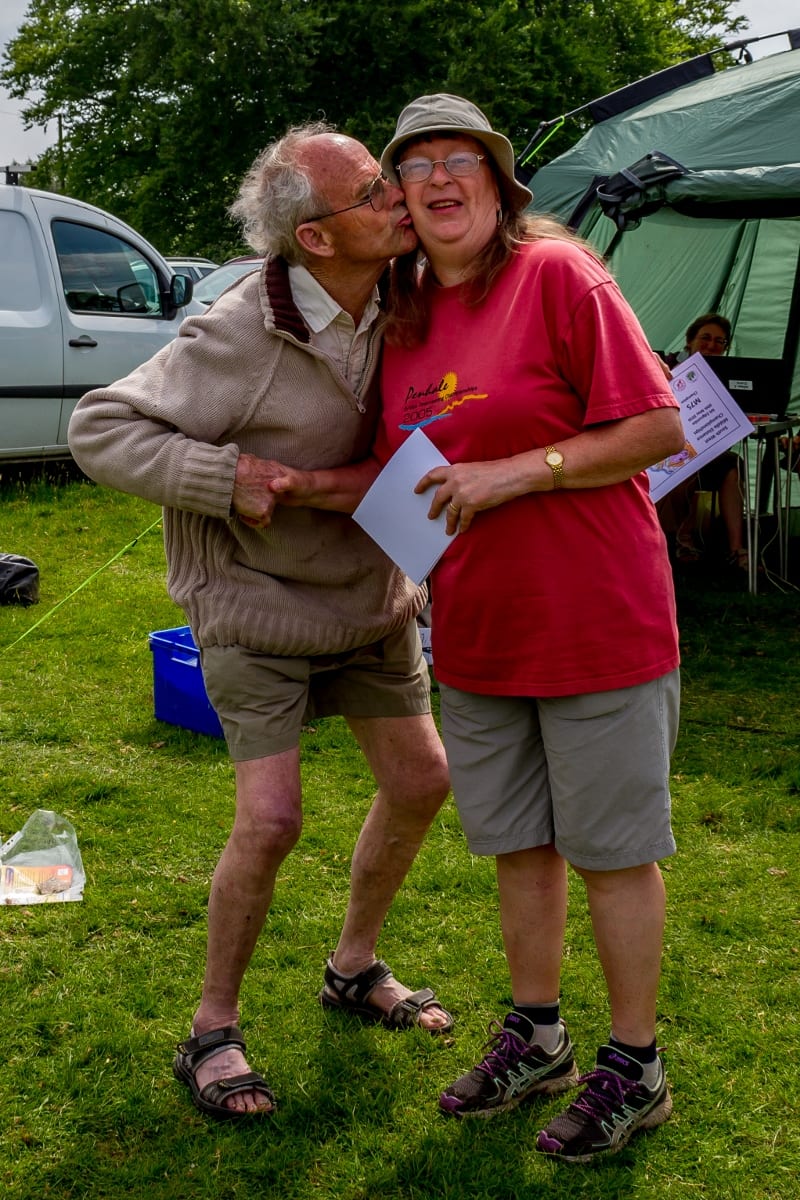 No ducks on Ilkley Moor

The JK orienteering festival held every Easter is really just one big party. This year's was no exception and, if you didn't come, you missed a treat. Even if you've never been to one of the big events before, the JK is a good place to start. It is always very well organised and is usually run on good areas with quite a different feel to our Somerset forests. (Of course, if you like thrashing through the undergrowth at Staple Common ... well, there's no accounting for taste.)

The Vinces go most years so, around about Christmas time, we start thinking about accommodation. We have camped before but, as old age creeps on, we like a bit more comfort now; however, like everyone else we're usually skint, so we try and share a carayafr. or (as this year the JK was in the Yorkshire Dales) a cottage - one that will take a dog, as Bill and Sue and Milly often share with us. The brochures and fliers for the JK are pretty informative and so very easy to come by, and these days there's a website as well. The organisers book somewhere central for the Event Centre (this year a school in Boston Spa) but the event venues can be up to an hour's drive away, so it really is essential to allow enough time to get there and get ready to run. 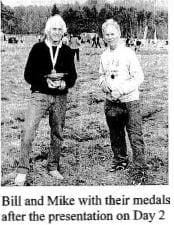 This year there was accommodation at the Event Centre (not always the case) and you could camp, take a campervan or caravan, doss down in a classroom or even have a bed in a dorm - luxury really. Hot showers too, and Wilf's food in the evening in the school canteen.

Our cottage was in Middleham, between Leyburn and Masham (home of the Black Sheep Brewery, to whose profits we duly contributed). As this was about an hour's drive north of the Event Centre and therefore some distance from the various venues, we had to take some care not to be late on each day.

The JK handbook gave very good advice about local traffic conditions on Easter Saturday, and also accurate timing information about the car parking, the walk to Assembly and then to the starts, all of which was amounted to a fair distance.

This year QO displayed their new banner and the Craddocks brought a large tent (the Vinces and Chesters brought small ones too); consequently club members had a rallying point, not to mention somewhere to leave rucksacks and to change.

The run on Ilkley Moor was extremely good and the courses set were brilliant. I found myself at the top of a steep 35 foot slope and chose to slide down on my bum on the heather (hooray for St Michael's black knickers)' My navigation was reasonable until I was faced late on with a complicated boulder field and a control somewhere in its further reaches: afterwards I realised that I should have gone straight across, out the other side and then found attack point. (There's an explanation about the ducks at the end.)

Afterwards we relaxed outside the QO tent, socialising with other club members and ate some of Wilf's delicious food (but rationed to one piece of cake - oh, the difficulty of choosing between flapjack, chocolate tiffin, sticky toffee cake ... and more)' Then we went back to the Event centre for flre BoF AGM (for which hopefully there will be a report in flie next SINS).

Again the JK handbook warned us that there would be quite a walk to Assembly and the QO consensus was that we would take the smaller tents. The map here demonstrated the advantages of electronic punching; you were literally going round in circles and frequent changes of direction always test one's navigation. In addition, you were often within earshot of the commentary from the Assembly Field and I did wonder how it might feel to hear that your nearest rival was coming down to the Finish in a very good time which you would now have to beat ... not a problem for me, I fear.

Learning from yesterday's mistake(s), I took care when nrnning across a difficult part of the forest and thus successfully found my attack point. This resulted in a better time for Day 2, comparatively, than for Day 1; I was still last but not too far behind. Arthur had his best JK result recently (13th on M65L), and QO's top places were Bill Vigar 1st on M70L followed by Mike Crockett in 3rd place. Bill and Mike with their medals after the presentation on Day 2.

Afterwards all the QO people were invited over to one of the Forest Cabins at Keldy for tea, cake and a gossip. (There were a large number of other orienteers staying in the Cabins as well.)

The relays were just down the road from the Event Centre. The car parking was adjacent to Assembly and the weather forecast was for surxly periods (except that it poured with rain just as the first runners were waiting to start). Never mind, QO had the Craddocks' tent again and we provided shelter for quite a few of the other SW clubs.

We had two teams running, the Mangolds and the Wurzels, and whilst we weren't quite exactly the prize-winners, we all had great fun. The woods were very fast, and embellishedby aseries of rides and monuments which provided panoramic views for those at the Big House but tricky navigation for orienteers. There were compliments to the Wurzels on their new QO tops from the commentary team (probably the only time I shall hear my name over the loudspeakers). I deserted Wilf's for the scouts' sausage-in-a-roll, and discovered that I had won a family of chocolate rabbits in the raffle on the local charity stall. (And you thought it was just about running....)

Next year's JK will be closer to home, based in the Forest of Dean and South Wales. The relays will be held at Caer Went Army Camp, which is full of head-high banks because it was formerly used for storing ammunition. The running here should again prove to be fast and furious - if you all come, think how many teams QO could have!

Oh yes, the ducks. The ballad tells the tale of a young man who has been courting his sweetheart (Mary Jane) on Ilkley Moor without his
hat on (baht 'at). He is sure to catch his death of cold and be buried, whereupon the worms will eat him up. The ducks will eat the worms, his neighbours will eat the ducks, thereby eating him!