With the best in the South West distracted by the British Orienteering Champs in Yorkshire, there was a good chance for the rest to gain extra points at Rushmore on Sunday. Pete Shirvington and Bill Vigar in particular each took full advantage.

A dozen QO enjoyed a rare gallop amongst the deer - and the somewhat luxuriant late spring vegetation - at the extensive private woodland at Rushmore. A diversion at Shaftesbury prompted a circuitous approach, through seemingly endless country lanes, past the estate's rolling grounds before the grand entrance gates were glimpsed en route to the event entry point.

With league points determined by the gap between each runner and the highest place qualifying runner* and the likely winners up north, there was the chance to make some real gains. On Brown, Pete was only seven minutes behind the leading South West runner, Devon's M60 Rob Parkinson, and goes into the final event at Wavering Down next week challenging for a top 5 place. 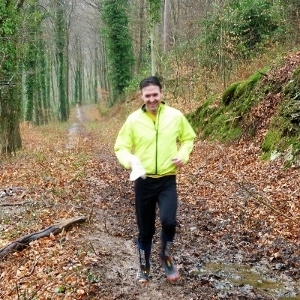 With members of the UK top 100 Ben Chesters, Clive Hallett, and Pete Ward making up the perennial top three, 4th place almost counts as a 'best of the rest' prize. Rob Parkinson is now in pole position for this but it's very close between Pete and a few others for 5th. Apart from Flurry Grierson, each will drop their lowest score. With Pete's being the lowest he has a lot to gain from a good run at Wavering Down. The highest known QO finish in recent seasons (SWOA website's archive is after all incomplete) was Jeff Pakes' 7th place in 2017 and before that Mark Larcombe's 6th place in 2011.

On Blue, Rosie Wych was three minutes ahead of Martin Lewis, who may manage a top 10 finish overall this season. Steve Lysaczenko continues his progress after stepping up to Blue and has potential to move the table when he gets the nav cracked!

Tony Hext wasn't as fast as usual (he took 70 minutes!) so only made marginal progress in consolidating his 3rd place in the Green league. His course had a very tricky first control, with competitors taking a wide range of times to find it (between 2 and 13 minutes). John Trayler found it on the fifth pass but fortunately it only cost him a few extra minutes on an otherwise fairly accurate run- see Routegadget excerpt. Angela Modica didn't run at Rushmore but still appears to have an outside chance of a placing.

Evergreen Bill Vigar was 6th of 30 on Short Green, within 3 minutes of the leading SW runner, and top runner of those who will qualify for the league, so extending his lead at the top of the table. It now looks to be a straight contest between Devon's Jill Green and Bill next week.