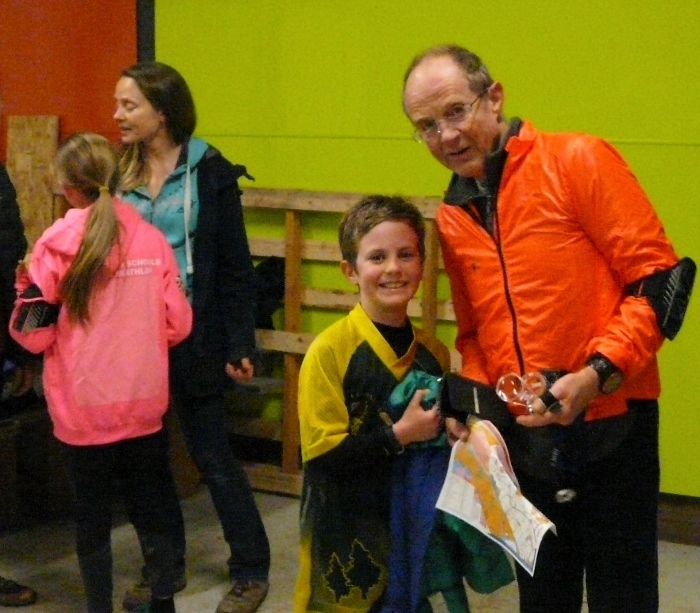 Twenty five members, some with headtorches others hoping to get back by nightfall, took part in part in our latest course with 'invisible controls'. Afterwards, excellent achievements during the JOG season just gone were recognised with awards presented by our club president.

Map uploaded, headlights on and hard copy map in hand, 25 members set off to enjoy a 40 minute score course challenge. Have a look at the photos to see who was there. Well done Jeff for another great MapRun event!

The COACH Building again proved itself well-suited as a base, with the Link Room ideal as the hub for the orienteering and the Park Room a more comfortable centre for refreshments and prize-giving. 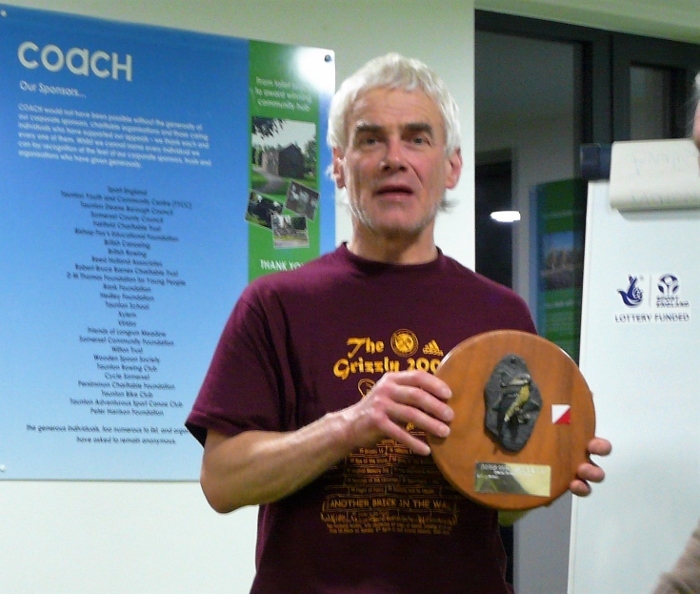 Thank you Mike for travelling from Street to present the certificates and trophies earned at JOG during both Spring and overall for 2017-18.

Rog drew attention to the Sport England grant QO received, which has enabled us to hire COACH and run two terms of Club Nights, and thanked Sport England. 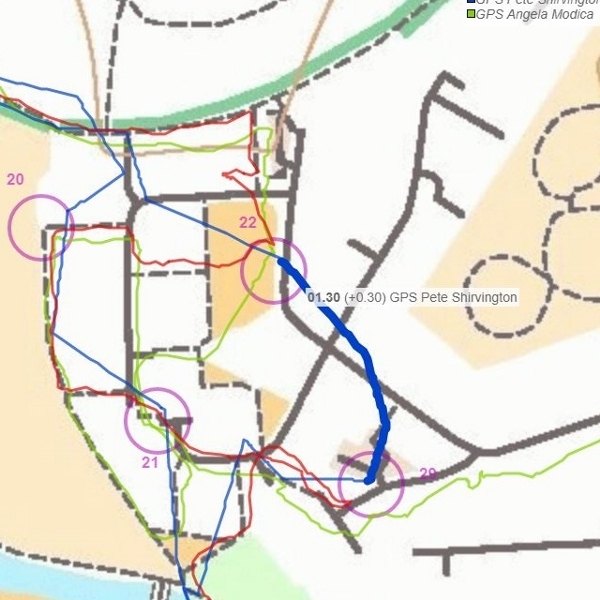 Who spotted the shortcut through the gate NE of #20?
Credit: MapRun Routegadget

A few issues arose on Thursday evening's run. We are all still learning how to use the system and inevitably sometimes things will go wrong!

Through no fault of their own, one or two peoples' runs were "started" some way in the Link Room, some way from the actual Start! The best way to avoid this outcome is to select "Start the GPS" well away from the Start location. Normally controls register from 10m away but this can increase dramatically while the GPS is warming up! The GPS needs to have the chance to detect the satellite signal as accurately as possible before you get going...sometimes it will drift. If you are 'Started' early, just end your 'run' there and try going through the "Go to Start" routine again!

Also, one person's run was recorded merely as a GPS track rather than as a timed attempt at the course.

MapRun is the preferred app to use- the logo and screens are green and white. If you are still using MyOMaps (its colour scheme is mainly red and grey), best uninstall it as it won't be fully supported in future.

You'll need to visit Google Play shop and I believe you need to have access to a Google account and password to do this...so it's better to install it in advance rather than immediately before your run.

Incidentally, the paid-for version of MyOMaps will continue to be used by organisers of events for its ability to easily load up draft course files and check controls with. 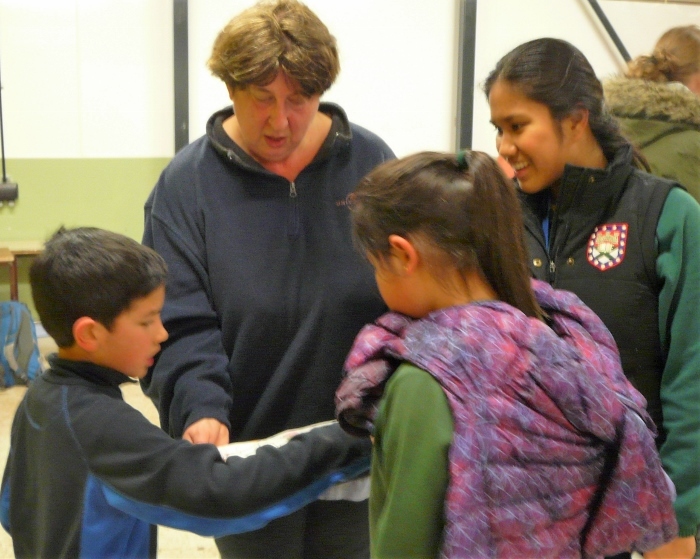 The Lewises compare their runs

A pair of runners route shows them passing through a certain control but it didn't register for their score! Currently an unexplained phenomena...

Also, you may not always hear the control 'buzz'- one runner thought he'd missed two, but inspecting the map on his phone afterwards he'd successfully got them. The colour changes from purple to green once they've been visited.

Finally, it was interesting to see not everybody chose to use the unusual gateway arrangement on the estate in the centre of the course near Frieze Hill. See the Routegadget excerpt! If you missed it, it was a gateway in a wooden fence. 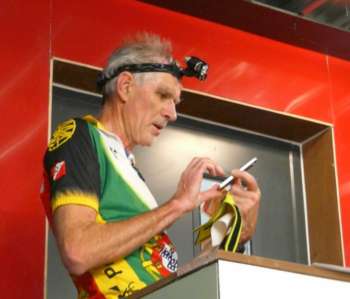 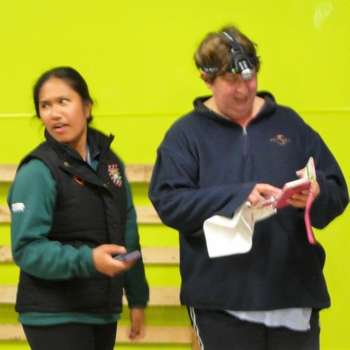 Karen And Issy After Their Run 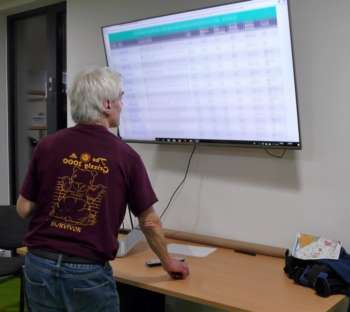 Now How Did I Do 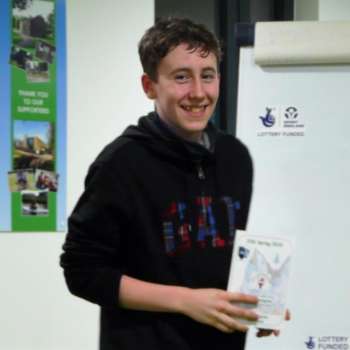 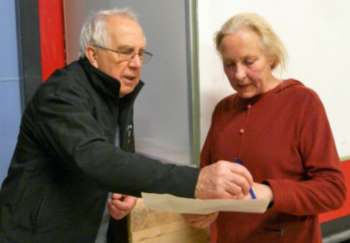 Sue Shows Rog Where She Went 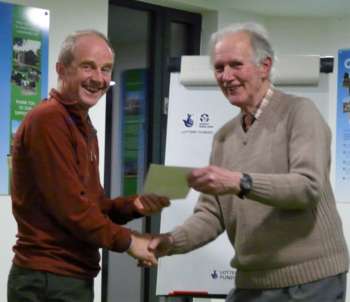 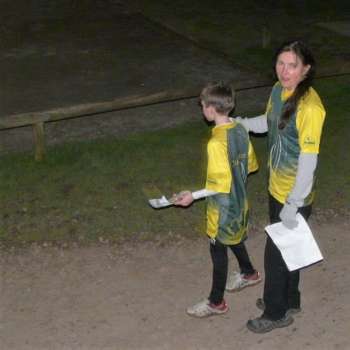 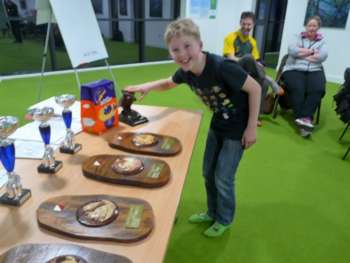 The Qoad Owl Enjoys A Stroke