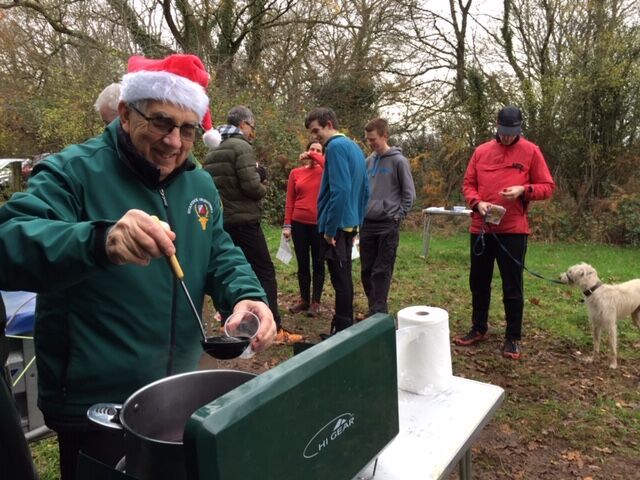 With all this booze being consumed we'll get mistaken for our distant cousins, hashers...

Finishers at Ash Priors were treated to some mulled wine (and it's not even December), while the planner apparently spilled a glass of red over the map! Judy Craddock reports...

There was an interesting Foxy twist at the final JOG of the season at Ash Priors. Alasdair had planned excellent Hare, Squirrel and Badger courses but managed to spill his pre Christmas glass of red over the Fox course. It actually proved a great compass bearing and pacing challenge for the considerable number of QO members who participated. 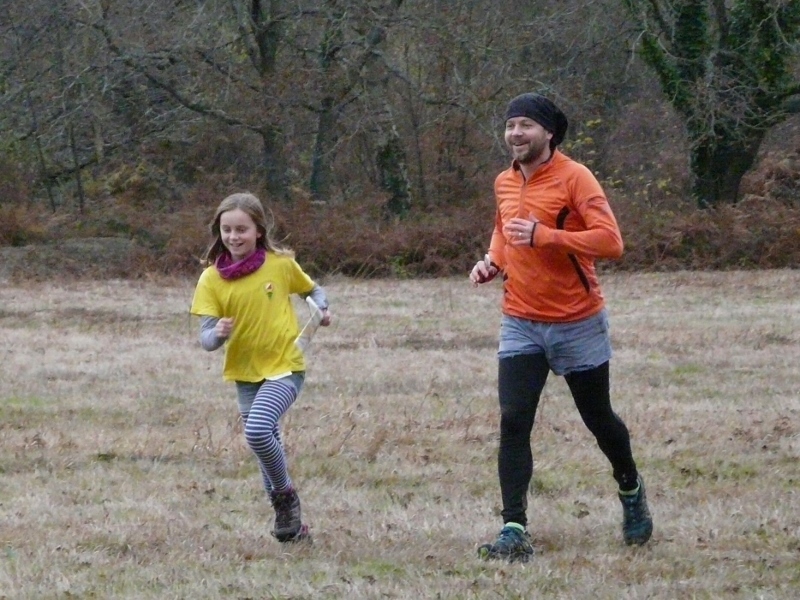 John and Lola in action

Afterwards Father Christmas supplied mulled wine and mince pies, on a rather chilly afternoon this was more than welcome. The Toomers and Macphersons presented QO with a new mascot made by Sue; he can be seen in the Dropbox photos, the devil is in the detail.

Thank you to all JOGgers who have supported the series this term.

Watch the Hare course being tackled on Saturday. Notice how Jacob pauses to set his map every so often.